Before coming to Australia I felt motivated to improve my understanding of the country. I mean, I knew almost entirely nothing.

Back in school, Australia was one of those countries we didn’t colour in our atlases. Australia didn’t seem to matter in Russia (where I grew up).

I started my research with what I already knew (during my time at the University in Moscow) – journalism.

I wrote papers and presented cases on the Murdock family. Not so much on the people but the newspapers, magazines and TV channels they own. This was somewhat dry and uninteresting but I persevered as I felt I was researching the county I was going to call home one day.

Moreover, those were the people I was meant to relate to, be alike and look up to.

I bet you are feeling the bitterness of my future disappointment already.

Then I read (or rather attempted to!) the “Fatal Shore” book, where Robert Hughes explores how the convict transportation system created the country I was so impatient to see one day.

I couldn’t finish the thick read, as it was soaked in violence, blood and injustices. I put the book aside convincing myself that this was only a small part of the Australian history and probably not entirely true anyway. I felt like I was reading a piece of fiction and didn’t want to believe that I was going to find my freedom in the country of plenty which murdered its original custodians.

Today I look back and I am surprised that it I found Australian history so incomprehensible. The entire world has had many similar stories!

But back than, almost 13 years ago today, my inner conformer was ready for this journey!

On my arrival in Australia, I spent a few more days trying to finish the “Fatal Shore” book. It just didn’t go down well.

I wondered what was the reality today, in 2008 (the year I came to Australia), given the atrocities of the past. There was no way I would have left white people alone after all that had happened. I’d be rising and forming alliances to fight back and demand their departure.

But I didn’t even see any Aboriginal people around. In fact, there were barely any people of colour in Wollstonecraft, a harbourside suburb on the lower North Shore of Sydney, New South Wales, 4 kilometres north of the Sydney central business district. I felt confused. And I wanted to know more. Since my time in Wollstonecraft, I moved around Sydney 12 times, realising how segregated Australian neighbourhoods were.

Australia Day came. From the “Fatal Shore” and other sources I remembered that 26 January marks the anniversary of the 1788 arrival of the First Fleet at Port Jackson in New South Wales, and the raising of the British flag at Sydney Cove by Arthur Phillip. Thousands of Aboriginals died from diseases and systematic murder by the colonists.

I felt very confused. Was I the only one who read the “Fatal Shore”? Was the history forgotten? Or maybe this is a good sign – Aboriginals forgave and welcomed Brits and this was a celebration for everyone? But where is everyone? I only cold see drunken English men and women.

Of course, two things were at play in that moment: many First Nations People were silenced and murdered and the true history is still avoided and hidden; and I chose to see what suited me at the time.

As years moved on and I got busy with my settling on Australian shores, I learnt to celebrate Australia Day, pushing away the increasing discomfort and confusion. I was only new here! I was trying to fit in. I attended numerous Australia Day celebrations, where things like alcohol, food and littering were always in the view. History didn’t make its appearance.

Eventually I stopped asking about 26 January 1788 and didn’t look back in time for years. Many people around me seemed to know very little about the roots of this celebration. Or they didn’t care. And for a while, this was it.

Fast forward twelve years, and you’ll find me at a trendy burger restaurant across the Coogee beach.

I ordered an overpriced mushroom burger (which was really not that great) and settled in my plastic chair for some people watching while waiting for my order. It was a hot summer Friday. The streets were full of people, rushing up and down busy roads right in front of me, licking their ice creams and yelling at their children.  Although I wasn’t local to the area I thought this must have been a common day by the beach. My burger took unnecessarily long to arrive, so I started to wonder if maybe they had forgotten about me. I continued watching people, making the most of this opportunity to sit back and enjoy life.

The name Coogee is taken from a local Aboriginal word koojah which means “smelly place” owing to the amount of seaweed that often collects on the beach. But daily beach cleaning by Randwick City Council staff today keeps the beach in pristine condition year-round.

Coogee is a word from the Dharug language, which was spoken by the people of the Eora nation, who inhabited the current Sydney metropolitan basin. Within this nation there were many different Bands (or clan groups), the Bidjigal and Gadigal people lived in and around the Coogee area.

At the time of European settlement, there were many Aboriginal people living in Coogee. Although numbers aren’t easy to come across, some sources site an estimated 1500 Aboriginal people lived between Broken Bay, Wreck Bay and Botany Bay. And since the real numbers are hard to come by (settlers didn’t care about the population of the locals), I would assume a much bigger number.

Today, as I was sitting at a busy burger joint by the beach I was just like everyone else – not Aboriginal.

It suddenly hit me really hard.

The people who originally lived here are no longer here. Where are they today?

The number of Aboriginal and Torres Strait Islanders across Australia was 770,000 at the time of the invasion in 1788 (this number vares with sources!), decreasing by 84% when encountering white settlers.

In the 2016 Census, 83,171 people lived in Coogee (State Electoral Divisions). Aboriginal and/or Torres Strait Islander people made up 0.6% of the population here, which is just over 498 people (I calculated).

When my very disappointing mushroom burger arrived I felt sick to the stomach.

I was imagining beautiful white families living all around Coogee area in their huge villas and ocean view apartments enjoying shrimps on the barbeque in their backyards, all while most First Nations Peoples today are in the less fortunate conditions. I imagined foreigners ambushing and killing perfect white families, taking their land and raising own flags. I felt sick and didn’t want to eat my mushroom burger anymore. I paid $24, so I ate it in the end.

I now had my blue passport, I learnt how to spell kookaburra without looking it up, and enjoyed my many days of sunny freedom. I loved it here but I didn’t feel like I belonged.

The increasing discomfort and confusion that I have been pushed deeper inside started to push back.

I started to ask questions again, demanding Australians that came before me to tell me why they celebrate Australia Day. I didn’t try to understand. I tried to justify, so I could continue being friends with them.

I audited my friend list, broke off my romantic relationship and started to hone my stand against Australia Day. Little by little.

I dug out the “Fatal Shore” from my old boxes, bought the “Dark Emu” and “Me and White Supremacy: How to Recognise Your Privilege, Combat Racism and Change the World” at the local book store and booked a cabin in the woods. I traveled back to the Australian bush multiple times taking myself out of the suffocating opinions of the most, allowing the discomfort and the confusion to reign. I hated how I felt. And I had to journey through it. I had to understand who I was, who I have become and what I stand for.

And it’s through the history of the country that I now call home I learnt who I was.

I also learnt a lot about others. The more I asked Australians (or heard them on the news) about their Australia Day celebrations the more I saw their discomfort and confusion. Many have been pushing it deep down inside for very long as well. And many are making their own journeys to self.

It is through understanding thyself and using our voices we become justice warriors and allies to those who need our help today.

We cannot change the past. But we absolutely must change the present to ensure a different future for humans ahead.

Because in denying the truth of who we are we are only living a half life, we are not whole.

Australia Day makes us worse than who we really are. Australia Day represents old values and ideas we no longer stand for. We cannot claim diversity and inclusion while we continue celebrating the beginning of genocide.

We are living misaligned lives: saying the right things at the right time and acting against our own word. No wonder the nation is drunk on Australia Day! We drink to forget because we cannot bear to face it.

And it’s time. We can longer close our eyes to the truth. It’s been kicking us on the kidneys for long enough.

Auditing my life meant changes I didn’t want to face. Just like Australia has been trying to bury its past, I was trying to patch my falling apart illusion of happiness and wholeness with the aid of drunken Australia Day nights and staying silent in the presence of racism and discrimination. I thought I was being an Australian. And I really wanted to be one! But I realised that I was trying to fit in to survive not to find my truth. And I cannot survive without knowing my truth.

Most of Australia is composed of immigrants. There is no one way of being an Australian. We can create our own meaning of who we are while we reside on the stolen land.

Over years, this huge island has become a ragout of cultures, all mingling and clashing together in one hot soup.

And we owe our well-being today to those who cared for this island way before us. First Australians are the ones we must celebrate. They made our lives possible!

And if we are to survive as a country of immigrants we are, we absolutely have to abolish Australia Day.

Let’s unite for true diversity and inclusion. Let’s listen. Let’s mourn together. Let’s learn from those who know this land. Let’s grow together.

For me, that meant falling apart and putting myself back together with a different view, vision and my true values. It doesn’t change the world right away but it adds another strong voice to the growing community of those who are making our lives better, and possible!

What’s next for you? 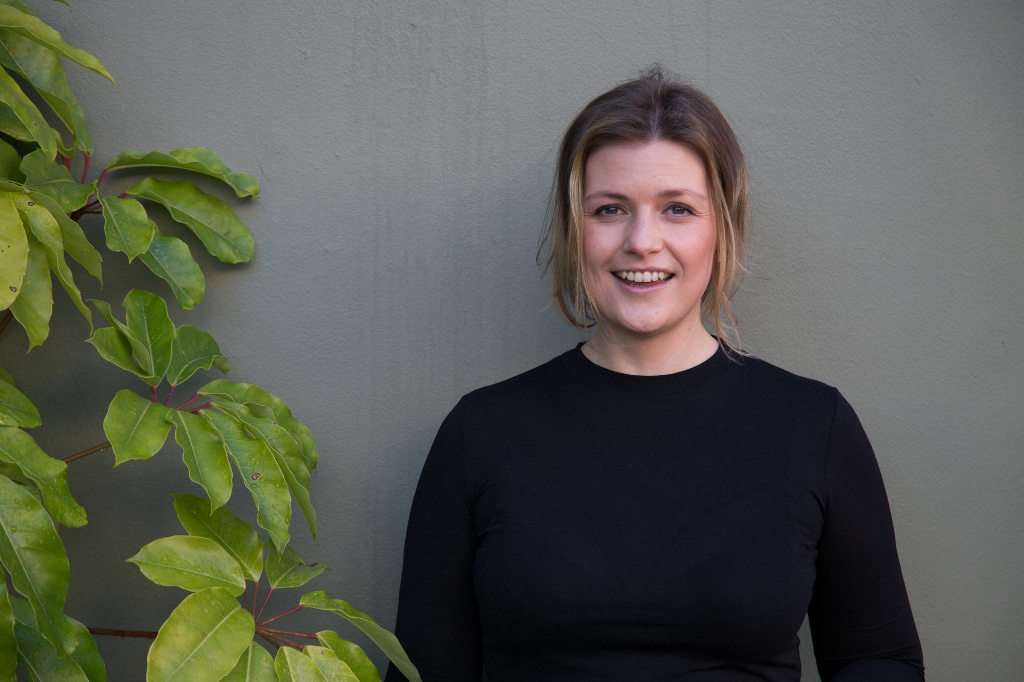 🙌 Social Media for Not For Profits 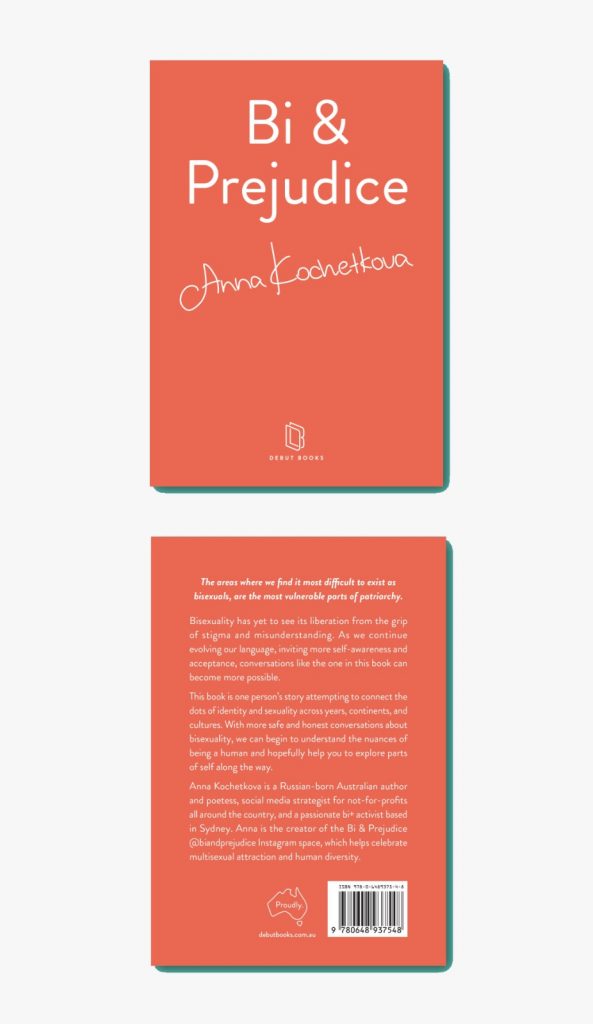